Child : when to call a therepist?

Are you unsure about some of your baby's behaviors? Therapies for younger children do exist.

I'm new to this app. I would like to introduce myself..just a heads up it is a LONG post (sorry)but I need some advice...i am married but currently separated from my husband due to personal reasons.I have an 8 almost 9 year old son and a 5 almost 6 year old daughter. I have been struggling with both of their behaviors. My son tried killing himself at 5 years old due to bullying, and was diagnosed with ADD/ADHD/ODD. He was on medication but his biological father/father's family had me remove him off of the medication because in their words "you're just trying to kill him" but yet his biological father is on I don't know how many meds for his mental health. My son created a video on his school laptop of him pretending to kill himself. I found the video while going through his photos he took on there as well.. I had asked him about the video and he once again mentioned bullying and said he felt like he didnt fit into our family because I, his mother am the only one who pays attention to him. Also a week or so ago he threatened to his sisters face that he was going to kill her.His biological father/family only see him when it's convenient for them, his father and I have shared legal custody, I have full physical custody and his father has supervised visitation at his parents because he isn't mentally stable and has a drug history. Yes I know I made a bad choice for a father for my child, don't judge me unless you know what I've been through before I was with him. His biological father/family is refusing to allow me to seek medical help (whether it's a child psychiatrist or just a child therapist)for my son and I'm at my witsend with his behaviors. Now with my daughter I kind of have a feeling as to why she's lashing in the way she is with her attitude, smart mouth, and acting like she's on her period is because one she's getting older and two because she sees Mommy and daddy not living together. I have no family, true friends, or even a support system and just don't know what to do at this point.

Baby psychology, how does it work? 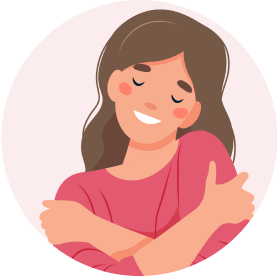